In Trump, Michigan GOP May Face What Buried Democrats With Fieger

Donald Trump has not sewn up the Republican presidential nomination, far from it from a delegate perspective, but he has built huge momentum and if the polling is to be believed in upcoming states with primaries and caucuses, he looks awfully difficult to stop.

That would give the Republicans a presidential candidate who is a celebrity with a history of obnoxious comments and is a complete turnoff to vast swaths of the electorate who cannot possibly imagine him holding high executive office yet stunned party elites by winning the nomination through stoking anger and unleashing the furies.

It sounds a lot like what happened in 1998 when flamboyant attorney Geoffrey Fieger slugged his way to the Democratic nomination for governor, leaving his Democratic opponents helpless before uncorking a series of offensive and outrageous statements about Republican Governor John Engler’s family tree as well as his children, which I won’t rehash in detail. Suffice it to say that if you are a candidate for governor and are insulting your opponent’s children, you’re doing it wrong.

Mr. Fieger’s candidacy was a disaster for the Michigan Democratic Party. Mr. Engler took more than 60 percent of the vote and Democrats lost control of the House to Republicans, losing six seats overall, as well as the Michigan Supreme Court. This occurred despite a good year for Democrats nationally.

So if, at some point this spring and Mr. Trump obtains the necessary pledged delegates to prevail on a first ballot at the Republican National Convention in Cleveland, or if he has to wait until the convention itself to clinch the nomination, where does that leave Michigan Republicans, who if they lose control of the House will see a six-year halcyon period of total Republican dominance of state government come crashing to an end?

They almost certainly will put on a brave face, much as most Democrats did the morning after Mr. Fieger won the gubernatorial primary.

Looking back at the coverage from that day, the spin from top Democrats is hilarious in retrospect.

The emphasis was on how Mr. Fieger had motivated nontraditional voters and had harnessed the anger in the electorate and would do the same in the general election against Mr. Engler.

Mr. Fieger spoke of having launched a movement that would sweep the state.

Where have we heard that before, but for the entire country?

Democrats insisted their voters were so motivated to defeat their arch-nemesis, Mr. Engler, that they would come out in droves. There is a parallel there to what Republicans are saying about how their voters who loathe Mr. Trump would respond because of their antipathy to the favorite for the Democratic nomination, former U.S. Secretary of State Hillary Clinton.

But in 1998, Mr. Engler carried Bay, Genesee, Ingham, Muskegon and Washtenaw counties, which were (and still are) solidly Democratic. Mr. Engler made a point of thanking the voters of Genesee County when he met with reporters the day after the election.

There was one Democrat in Gongwer’s coverage at the time who early on publicly warned of the potential for disaster for the party inherent in Mr. Fieger winning the nomination, with the probability of losing the House. We’ll close with the late, great Democratic operative Ken Brock, whose thoughts surely are shared among some Republican strategists grappling with the increasing likelihood of a Trump nomination.

Mr. Fieger's nomination may be the catharsis the party needs to reorient itself, Mr. Brock said then, "but it's a hell of a price to pay if he's such a drag on the ticket." 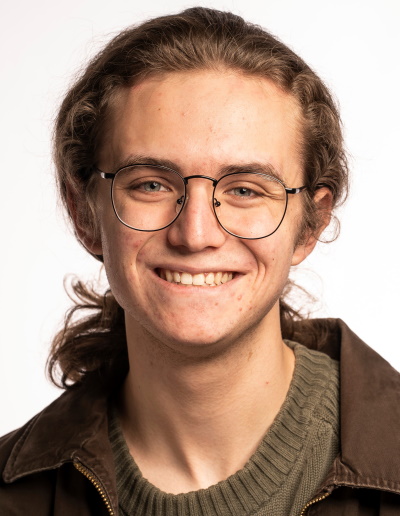